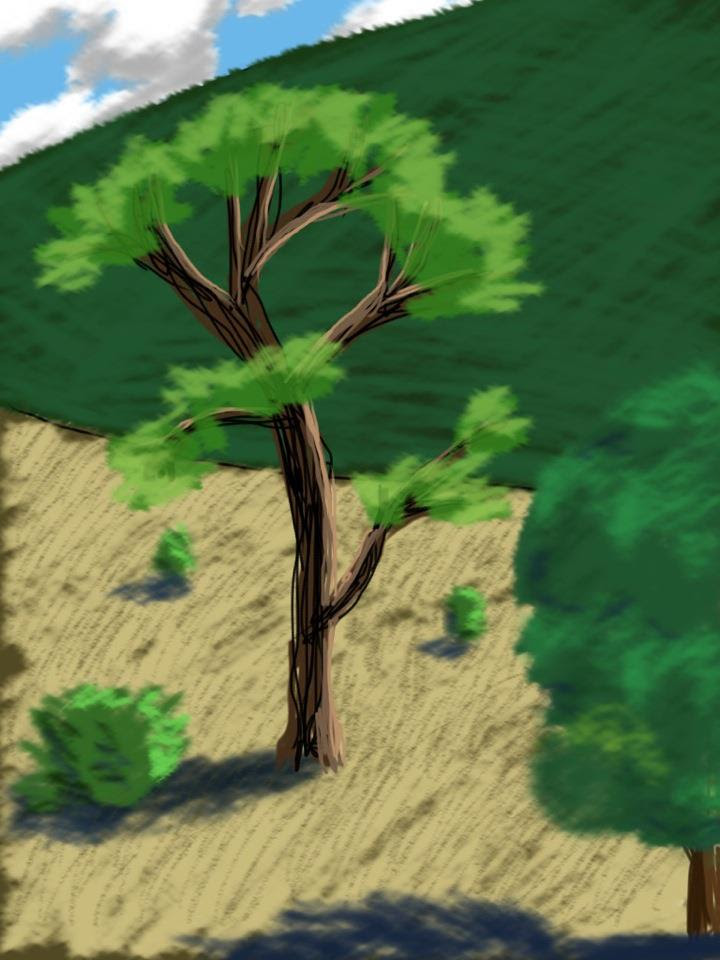 This is the first drawing I did with Adobe Sketchbook Express. I did this with my finger LOL I have ordered a Wacom Bamboo stylus and am going to download the Pro version of Sketchbook. I have never been very good at drawing on a regular wacom tablet, I'm much better on paper. I suppose it's because it's hard with a tablet to see what you're doing (hence wanting a cintiq). I think that winning the iPad2 might be the best thing that's ever happened for my traditional drawing skills :)
Posted by T. at 10/25/2011 12:59:00 PM